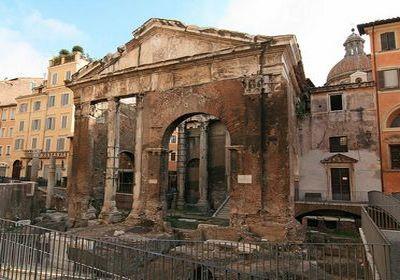 Rome’s Jewish Ghetto is definitely a neighborhood to be included on a touristic itinerary of the capital city after your transfer. Many historical monuments and inscriptions populate the area. Despite the changes that have occurred in the last centuries, it has kept much of itsancient character.

The Ghetto was originally much smaller than it is today. Since its inception in the sixteenth century, the Ghetto has continued to expand gradually as the population increased. Due to limited space, the urban structure of the Ghetto developed differently from other districts in Rome; houses were built upward and sometimes even needed external stairs to reach the upper levels.

Having chosen to travel with Rome Transfer service, you could start your tour of Rome in this neighborhood. Taking a casual stroll through this district is like stepping back in time, seeing the ancient monuments and a quarter full of charm. During your sightseeing in the Ghetto, you will have the opportunity to admire the Church of S. Angelo in Pescheria. The church was built on the ruins of an ancient fish market under the Portico d'Ottavia, a fascinating monument commissioned by the first Roman Emperor Augustus for his sister Octavia. Today, the ruins of the Portico characterize one of the most picturesque corners of the Ghetto. The street has a magical atmosphere and many typical restaurants of the area. Try the artichokes!  They are delicious and one of the characteristic dishes of the district and Rome.

Lorenzo Manili’s palace is another admirable monument you can visit after your transfer. Along the whole outer wall of the palace, there is a long Latin inscription in which Manili proclaimed his ownership and showed off his status, culture, and education. His stunning palace enriched the neighborhood. Here, you could take a break and enjoy traditional pastry at the historical bakery on the corner.

Thanks to the transfer service, you will have the chance to discover another astonishing monument in the neighborhood. The Tempio Maggiore is the most important Synagogue in Rome and one of the largest in Europe. Built in 1904 in the elaborate Art Nouveau style, the Tempio Maggiore is a rare example of this style in Rome.

Before leaving the Ghetto to continue your tour spend a few minutes in Mattei square where Fountain of the Turtles, one of the most beautiful fountains in the city. The popular legend around this fountain tells that, in 1581, Duke Mattei built the fountain in one night in order to impress his girlfriend’s father, who disapproved of their union. Unfortunately the ploy failed, and the couple was never married; however, the fountain remains so that we may still enjoy its charm, beauty, and water. Take a sip from the near by nasone, the hydrant-like fountain nearby. You can also reach Campo de' Fiori in a few of minutes

We can definitely recommend you take a moment to rest after your journey or after touring the neighborhood. Many popular restaurants prepare traditional Jewish dishes and kosher food in a picturesque streets and piazzas, with outdoor seating in gardens. Every year, Ghetto of Rome hosts the International Literature and Jewish Culture Festival with exhibitions, music, live theater, testimonies of philosophers, scientists, and authors from all over the world.

Make the best choice for your holiday; visit Rome with ease with Rome Transfer’s chauffeur service. Thanks to the experience of Dino Santoro, the company’s manager, as well as the experienced drivers, Rome Transfer can offer you a reliable and comfortable transfer services to get to the Ghetto of Rome and to many other places. A private transfer service is the best solution to experience the beauty of the Eternal City. Do not hesitate to contact us, call us today and book your transfer.