Rome Transfer takes you to explore the Vatican and St. Peter’s Basilica 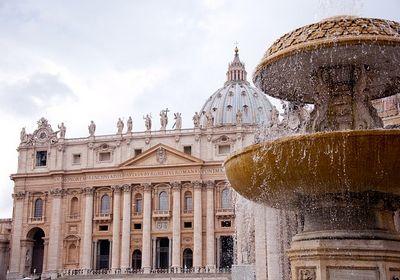 Let Rome Transfer’s service transport you in comfort and style to Vatican City, an independent country inside of metropolitan Rome. The large walled complex of the Vatican includes the piazza, the Basilica, the gardens, and the Vatican Palace, where the Pope typically resides. The Vatican Museum is located inside the palace and contains the Sistine Chapel with Michelangelo’s famous ceiling.

After you complete your transfer to Rome, go explore St. Peter’s Basilica the largest Catholic church and the most important church in Catholicism. Constantine erected the first church between 319-229 AD over the sacred burial site of the Apostle St. Peter, the first pope. For this reason, many popes have chosen to be buried in St. Peter’s, and the basilica has continued to acquire many more important relics, increasing its religious significance. Pope Julius II demolished the old dilapidated basilica in 1505. The new Basilica took over one hundred and twenty years, eleven popes, and twelve architects to finally finish in 1626. This long process gave rise to the Roman proverb “It takes as long as the building of St. Peter’s!” You may find yourself using this phrase from time to time as Italian’s are famous living the dolce vita or savoring life. Thanks to Rome Transfer’s attentive drivers, however, you will not have to wait so long to complete your transfer around the city.

After your transfer in Rome discover St. Peter’s Square

Once you transfer in the city, Rome Transfer will be happy to take you to St. Peter’s. As you approach the church from the Via Conciliazione, which commemorates the Vatican’s independence from Italy in 1929, you will enter Piazza St. Pietro. An oval colonnade, designed by Gianlorenzo Bernini under Pope Alexander VII between 1656 and 1667, borders the piazza. In the middle of the piazza is an obelisk; the only obelisk that remained standing and unbroken from ancient Rome. Domenico Fontana transferred it from the southwest side of the basilica to the piazza by request of Pope Sixtus V in 1586. The feat was celebrated in a published document showing how Fontana accomplished this brilliant engineering feat. The drivers for Rome Transfer’s service are also brilliant at navigating Rome’s traffic so you can maximize your lovely stay in the Eternal City. Our drivers are reliable, knowledgeable and passionate about their job. They will provide you with extensive information and suggest places where you can enjoy Roman life and spend unforgettable moments. Out of the main touristic spots that often disappoint visitors with their high prices and low quality, our drivers can take you to the best restaurants and hotels in the nearby of St. Peter’s Square. After visit the St. Peters' Square you can walk and reach Castel Sant'Angelo.

The Basilica holds many artistic treasures. Immediately on your right when you enter, is Michelangelo’s famous sculpture The Pieta showing Mary cradling the body of her sacrificed son. The sculpture is now protected behind glass after it was attacked in 1972.

In the center of the main aisle is Bernini’s Baldachin, which marks the high altar and St. Peter’s tomb. Its spiral columns evoke the original columns on the Temple of Solomon. In four niches flanking the Baldachin are colossal statues of St. Andrew, St. Veronica, St. Helena, and St. Longinus made in the 1630’s. These are the four important relics of these saints, which were transferred to reliquaries and are displayed in niches above the statues. Through the Baldachin in the apse, you will see St. Peter’s original wooden throne encased in bronze and held aloft by the four doctors of the Church.

Don’t miss out on exploring the Grotto under St. Peter’s where many of the popes and saints are buried, including St. Peter, and monuments to Pope Paul VI and Pope John Paul II. The Basilica is a must see after your transfer in Rome for its religious, artistic, cultural, and historic impact.